The first board members are the co-owners of the ranch property and now that the ranch has been purchased the Creative Healing Arts Center is coming to life very fast. All of the partners have been in the healing work with me and have great passion for the healing arts and the natural environment. In 2014 we started to broaden our base with board members and invite in a balance of feminine energy along with more people with outside interests. 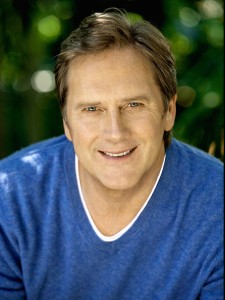 Born and raised on a farm in Kentucky, David graduated from the University of Kentucky with an MBA degree.  He then ventured to Los Angeles and began acting in films, television shows and commercials throughout the 1980s. After a meeting with mystic healer Tim Heath, Elliott connected the dots of many chance meetings with strangers—people claiming they had been sent to him for “healing” by their guru in India or their psychic in New York. With the help of Tim, David learned to recognize his unique ability to feel, move and shift stuck energy; the healing work soon became his passion and the “reluctant” phase of his life dissipated. By 1997, his acting career had successfully transitioned to a full-time career working as a healing artist. As David recalls, “The Universe obviously had a plan for me, so I decided to get out-of-the-way and do the healing work.” David has had a successful healing practice in Los Angeles for the past 20 years as well as an active practice in many U.S cities and Europe. He has trained healers from around the world and the demand for his teaching and healing work is growing. In recent years David has begun teaching teachers so he can have more support and get in a much-needed vacation! The Creative Healing Arts Center is his vision for the future and his way of giving back to the Mother Earth and all of the beneficial energies that have been supporting him in his healing journey. Creative expression is a shortcut David has used in helping people heal and it will play a big role in this center as artists will be given opportunities to help tell the story about how we have to take care of the Mother Earth, literally as our most important family member. 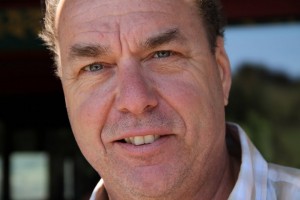 As a career real estate professional Bill participated as an investor, lender or consultant on over $500m in transactions primarily involving government assisted multifamily housing. In a small way, Bill helped shape public housing policies and in a large way he helped create 1000’s of units of decent and safe affordable housing for families all over the country. For his efforts in his field he has multiple times been listed in the Business Advisory Council’s Man of the Year as evidenced in the Wall Street Journal.

The outdoors captured Bill as a child in Boy Scouts where he camped and backpacked during 50 mile hiking trips in the Sierra Mountains. He was active in recreation and conservation of the woods and waters all over the country as well as a multitude of remote parts of the world. Bill was a steward of approximately 2000 acres of wilderness in four states and he was a seasoned philanthropist regularly giving his time, energy and resources to a host of charities. He volunteered to build houses for Habitat for Humanity and Baja Christian Ministries. He sponsored the creation of three 501(c) 3 organizations. He was a consistent contributor to his church, schools and universities, youth groups, conservation groups, cancer research groups and he headed up wildlife management with the Creative Healing Arts Center.

In late 2018 we lost Bill after a valiant battle with cancer. He will always be missed but can be felt taking care of so many from his tree stand in the great beyond. 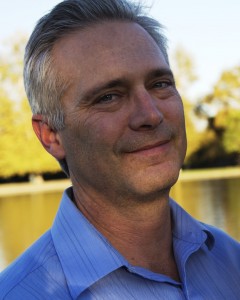 Walter grew up on a farm in western Virginia with his parents, a brother, three sisters, several foster children and several exchange students.  He went to James Madison University on a Physics scholarship where he majored in Physics and minored in Math and Computer Science.  After graduating JMU Magna Cum Laude, he attended the University of Virginia on a scholarship in Engineering Physics, where he concentrated in Physics and Computer Science. Upon graduating, he moved to Northern Virginia and started his career in Software Engineering.  During the first 25 years of his career he was involved in technology and computers.  While working in technology and computers paid well, he always enjoyed the outdoors and teaching.  He is an avid skier, hiker, aviator, and sportsman.  He enjoys photography, nature and writing.
In the last several years, Walter realized that he has a passion for learning, teaching and spiritual growth.  He has instructed Hunter Education, Sporting Clays and is a Certified Flight Instructor.  He has completed Healer Training with David Elliott and is working in Orlando, Florida doing computer work by day, and meditating and writing in the evenings and on the weekend. Walter considers New Mexico his home, and he looks forward to getting back there to work and grow the Creative Healing Arts Center. 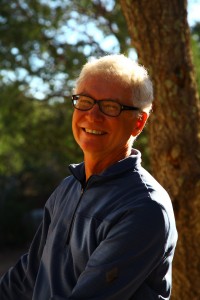 Born and raised in the Midwest in Iowa and Kansas, found his calling in the health care field after graduating from college with a degree in chemistry.  Following up with medical school at the University of Kansas School of Medicine where he was introduced to the study of anesthesiology.  Upon graduation he did his residency in Anesthesia at the University of Texas Southwestern School of Medicine.  After graduation he came to the Southwest and settled in New Mexico in private practice and affiliation with the residency program in Anesthesiology at the University of New Mexico in Albuquerque.  In 2000 he relocated to Santa Fe where he currently resides. Eric was actively involved in the all fields of anesthesia, and was Chief of Anesthesia at Presbyterian Health Care Systems from 1990-1998 dealing with the large staff of anesthesiologists and certified registered nurse anesthetists at the hospitals in the system. He has excelled at the relief of fear, anxiety and pain with a compassionate, caring, and sensitive manner.  Over the past few years he has been associated with David Elliott and has completed his Healer Training along with several workshops. After retiring from the practice of anesthesia, he is currently interest in development of the health and wellness portion of the Creative Healing Arts Center with a proactive integrated medicine with emphasis on healthy living for mind and body. 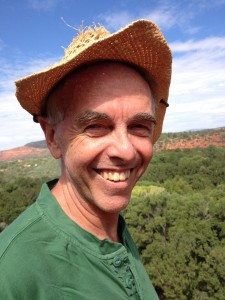 Thomas “Tom” Whalen has been involved with healing practices his entire adult life.  He began a Zen practice in 1971 and is now a student of Alfred Jitsudo Ancheta, Roshi.  He became a student of acupuncture in the early 70’s.  This interest eventually led to enrollment in Allopathic medical school.  He is now board certified in Anesthesiology and Internal Medicine and has limited his practice for the last 15 years to care of people with chronic pain.  In the early 90’s, he was responsible for the development of a pre-operative hypnotherapy preparation program for surgery patients.  In 1991, he began practicing Archetypal DreamWork, a spiritual dream practice, and has begun to work with other seekers and their dreams.  He is an avid hiker and skier, member of the Sierra Club and Greenpeace.  He is currently writing a book of poetry and his own commentary on the Zen Koan collection “Transmission of the Lamp”. 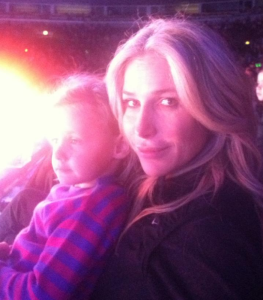 Marjorie Bransfield was raised in a leafy suburb on Chicago’s North Shore.

A lifelong love of the arts led Marjorie to study abroad at 16 years old at London’s esteemed Royal Academy of Dramatic Arts. She continued theater studies at Chicago’s Goodman School of Drama and NYU before settling in Los Angeles and pursuing a career in film and television.

The great teachers she encountered along the way helped shaped Marjorie’s vision of the huge contribution the Arts makes to one’s life. Liz Swados, Roy London and Uta Hagen were just a few of these incredible mentors.

Perhaps Marjorie’s greatest production is her twin daughters, born in 2009 under miraculous circumstances. These two continue to employ Marjorie’s creativity in a myriad of ways, as well as deliver a life beyond her wildest dreams.

In 2007, Marjorie joined her Father and two Brothers in the oil and gas business. The challenge and thrill of nurturing this family business and the business of family has expanded Marjorie’s toolbox. Joining the Creative Healing Arts Center’s mission is a perfect counter balance to all of Marjorie’s endeavors and burgeoning spiritual life; a way to honor the land that feeds her family. Marjorie is often found climbing mountains in her spare time. She is most of all grateful to her brother Mark, who introduced her to David Elliott and all of his big game mentorship. 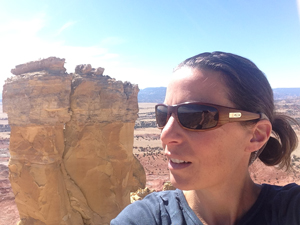 Monique began her career as a field ornithologist and then moved into the non-profit world and found she had a proclivity for building small organizations from the ground up. Bringing individuals of differing perspectives together to find common ground has been at the heart of many of the conservation projects she has catalyzed across the West. Monique has worked in both the Southern and Northern Rockies on wildlife and private lands conservation. She was a founder, and now is the Executive Director, of the Chama Peak Land Alliance, a non-profit organization of conservation minded landowners working in Southern Colorado and Northern New Mexico. Monique hopes to bring her organizational, administrative, and programmatic skills to CHAC to support its vision of healing the planet and its people. Monique holds a B.S. in Biology from the University of Notre Dame. 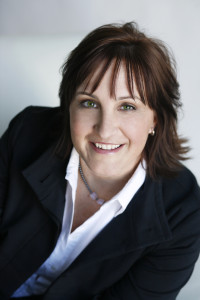 Blazing a trail in the uncharted territory of Persuasive Communications, Juliet Huck has been retained by some of the nation’s most prestigious corporations and law firms, moving billion dollar projects forward and securing billions of dollars in decisions for the past 20+ years. Over her career she observed important missing links in communications; understanding the values people hold coupled with persuasive visual communications. As the author of the book The Equation of Persuasion™, Ms. Huck has been defining and trademarking areas that have been undefined in the industry of communications.

Ms. Huck’s expertise in persuasive communications includes such high profile criminal cases that have included Department of Justice against Enron and state cases against Scott Peterson, and Kobe Bryant respectively. Also included in her experience are corporate and educational projects that include, Fidelity Investments, ExxonMobil’s Point Thomson Drilling Project (Alaska), Medical University of South Carolina, LAUSD, Lloyds of London and DIRECTV to name a few. The firm has been retained by some of the nation’s most prestigious law firms that include, O’Melveny Myers, Kirkland & Ellis, Skadden Arps, King Spaulding, Winston Strawn, Brinks Hofer, Jeffer Mangels Butler & Marmaro, Greenberg Traurig, and Fulbright & Jaworski.